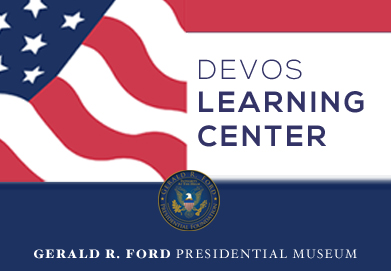 November 4, 2016
Students learn about working for justice through the film “Black and Blue”

High school students from West Michigan Academy of Environmental Science learned important lessons about working for justice from two special presenters: Buddy Moorehouse and Genna Urbaine. Buddy wrote the film, Black and Blue: the story of Gerald Ford, Willis Ward and the 1934 Michigan-Georgia Tech Football Game. He presented the film to the class and then introduced them to Genna, who at the age of eight, decided to take initiative and successfully lobbied state lawmakers to honor Willis Ward.