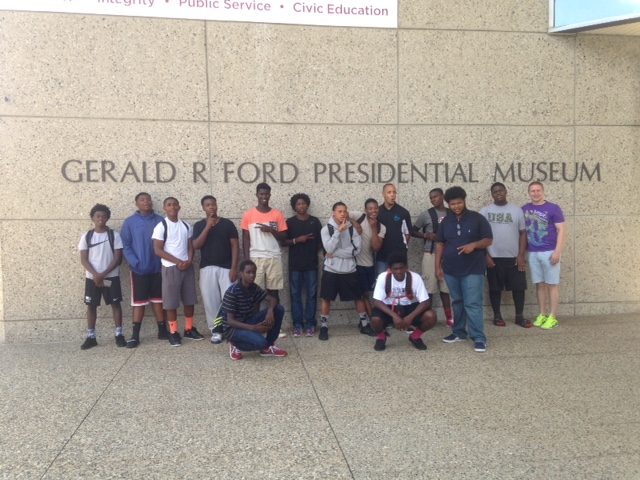 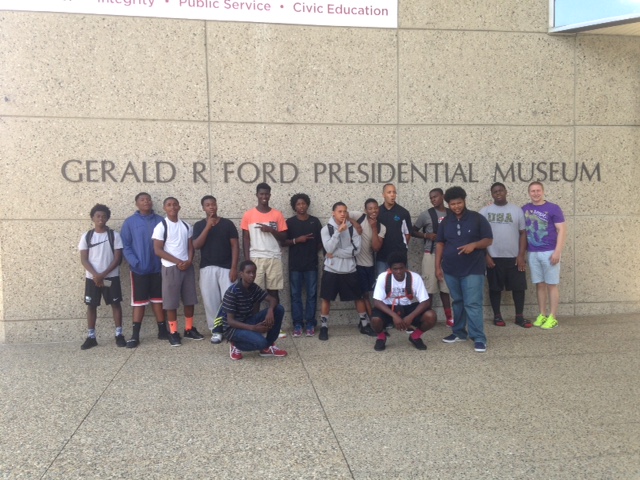 It’s a busy week here at DeVos Learning Center at the Gerald R. Ford Presidential Museum! We began the week with a traveling Little League team from Grosse Pointe, Michigan. The players and their families went on a sports-themed scavenger hunt throughout the Museum to discover information about our most athletic President, Gerald R. Ford.

We were also visited by a summer learning program from Grand Rapids called Young Men Moving Mountains, part of the Grand Rapids Institute for Leaders. These young men were treated to a special viewing of “Black and Blue” with one of the filmmakers, Buddy Moorehouse. “Black and Blue” tells the story of a 1934 U of M football game in which Gerald Ford’s friend and teammate, Willis Ward, is forced to sit out when the team plays against Georgia Tech simply because of the color of his skin. The class learned how President Ford stood up for justice as a young man, and later when he was in a position of leadership.